There's so much going on in April in NYC! 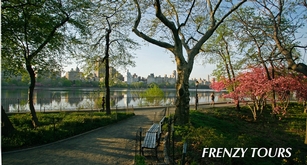 Wednesday April 1, 2015
Here's some suggestions worth checking out...

There's so much going on in April in NYC!

This year, Easter is unusually early. No-one does this holiday better than New York City. A wide range of activities will take place over the long weekend:

New York is truly unique for its ability to make you feel like you can experience every kind of culture. Every spring, the Cherry Trees blossom at the Brooklyn Botanic Garden, a tiny piece of Japan in the heart of the city. It’s like taking another holiday when already on one.

The 14th annual Tribeca Film Festival will occur in Lower Manhattan from April 15th to April 26th. The festival which was mainly founded by Robert De Niro, is a staple event for movie aficionados as it showcases local indie features, documentaries and foreign films from big-name talent, or up-and-coming filmmakers. The TFF will take place in the following venues: Bow Tie Chelsea Cinema, Tribeca Cinemas, AMC Lowes Village 7 and BMCC Tribeca PAC.

Towards the end of the month (April 25th), the city will host its Bacon and Beer classic, an event where breweries and restaurants from all five boroughs come together for a day of drinking and lavish eating. You will be able to experience over 100 different types of beers and eccentric foods like chocolate-and-bacon covered pretzels and beer pancakes with maple-sriracha syrup. This event will also feature fun activities to burn of the food such as whiffle ball, life size Jenga... This event is mainly organized to inform the people about home-brewing basics and butchering techniques and demonstrations.

If you are seeking a musically enriching experience, the following acts will be playing in New York during April: