Visit the former and current capital of the United States with Frenzy Tours! 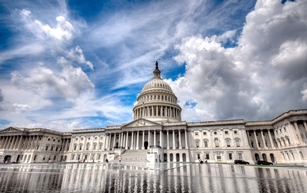 Monday January 25, 2016
Our Philadelphia and Washington package includes guided tours, visits to museums and historical sites including a jail and superior accommodations located within walking distance of many tourist attra

In Philadelphia, you’ll get to visit the historical Liberty Bell, City Hall and the Philadelphia Museum, where you can climb the steps just like Rocky Balboa. Enjoy a guided tour of America’s most historic prison, the Eastern State Penitentiary, which once held criminals such as bank robber “Slick Willie” Sutton and Al Capone . While in Philly, why not stop for lunch at America’s oldest farmers market? Dating back to 1892, the Reading Terminal Market is Philadelphia’s most visited attraction. It has everything from local produce and delicious sandwiches to artisanal cheeses and desserts. Don’t forget to try their famous Philly Cheesesteak!

In Washington, you’ll get to see historical sites such as the White House, Capitol Hill, and the Arlington National Cemetery (the final resting place of President John F. Kennedy). Home to hundreds of restaurants and shops, enjoy your lunch at Union Station as well as the history, architecture and design of Washington’s historic train station. Union Station is a national treasure; it officially opened in 1907 and underwent a stunning $160 million restoration in 1986 to 1988. There will also be time to visit one of the Smithsonian Museums, such as the Air and Space Museum, where you could see the Spirit of St. Louis by Charles Lindbergh and the control module of Apollo 11.