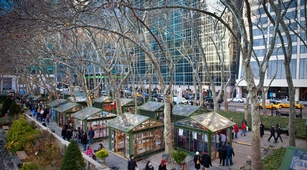 Wednesday November 6, 2019
If you’re planning a trip to the Big Apple between now and New Year’s, here are some dates you should know!

NOVEMBER 25th: Unveiling of the window displays of the Tiffany store.

If you weren’t planning on going to New York but this list made your mouth water, check out this link to see the trips to New York that we offer.