You want to discover the spots where luminaries have lived? 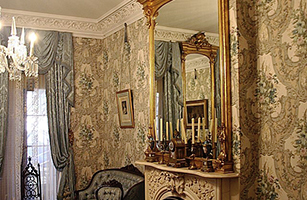 Tuesday July 22, 2014
Famous people have made a home in every borough of New York...

Although he’s buried in Baltimore, famous writer Edgar Allen Poe spent his final years living in a cottage in the Bronx.  Jazz legend Louis Armstrong lived with his wife Lucille in a modest Queens residence where they tended a Japanese-style garden. Antonio Meucci, the true inventor of the telephone (according to Americans), lived on Staten Island, where housed revolutionary Giuseppe Garibaldi while he was in exile. President Theodore Roosevelt’s birthplace can be found on Manhattan Island, two steps away from Gramercy Park, where free guided tours take place approximately every hour. To learn more about the homes of these renowned men and how to visit, follow these links: