Would you like to shop while you visit New York? 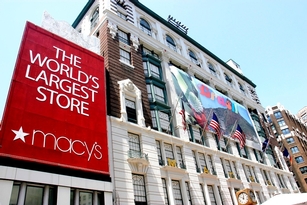 Thursday July 30, 2015
Then 34th Street between 5th and 8th Avenue should meet your needs!

First, we give honour where honour is due – Macy’s, which boasts of being the biggest department store in the world, takes up 2.2 million square feet! The main entrance is situated at the crossing of 6th Avenue and Broadway (at 34th Street) in front of Herald Square. Frenzy Tours offers you a 10% discount card for Macy’s, in the event you let yourself be tempted... On the other side of Herald Square, Victoria’ Secret seduces shoppers with its quality lingerie. 34th Street, however, is better known for its abundance of shoe stores including the famous DSW Designer Shoe Warehouse, which offers an array of designer shoes at affordable prices. Many chains are also established on 34th such as Aéropostale, American Eagle Outfitters, Banana Republic, Forever 21, GAP, H&M, Le Château, Levy’s, Old Navy, UNIQLO, Sephora, Swarovski, and Zara, to name a few. If you pursue your shopping down to the corner of 34th Street and 9th Avenue, You’ll discover an immense electronics store, B&H Photo Video Pro Audio. Finally, don’t miss the Manhattan Mall, just south of 34th at 100 West Broadway, which counts JC Penny and Toys R Us among its stores.